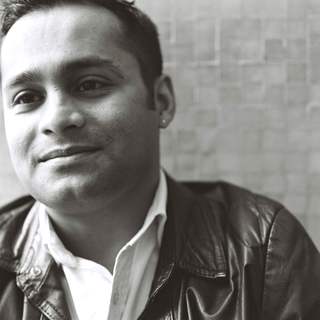 Alom Shaha is a teacher, writer and filmmaker. He teaches at a comprehensive school in London and writes for a number of print and online publications including The Guardian.

Alom Shaha was born in Bangladesh but grew up in London. A teacher, writer and filmmaker, he has spent most of his professional life trying to share his passion for science and education with the public. Alom has produced, directed and appeared in a number of television programmes, and has received fellowships from the National Endowment for Science Technology and the Arts (NESTA) and the Nuffield Foundation.

Alom has represented the community in which he grew up as an elected politician and volunteered at a range of charitable organisations. He teaches at a comprehensive school in London and writes for a number of print and online publications including The Guardian.

1. Homecoming by Cynthia Voight - not very well known in the UK but it is a modern American children's classic. A story that has some parallels with my own childhood and with characters I feel I know and love.

2. To Kill a Mockingbird by Harper Lee - like many British schoolchildren, I first read this at school and have re-read it about once a year ever since. What can I say about this book that hasn't already been said or thought by millions of other readers? Quite simply, it does what great literature should - make us think, and feel, deeply.

3. One Day in the Life of Ivan Denisovich by Aleksandr Solzhenitsyn - another book I first read at school and to which I have returned to repeatedly. The book totally immerses you into Shukov's world and makes you feel his tiny victories are monumental. Again, a book which exemplifies the best of what literature can do in terms of making us think and feel.