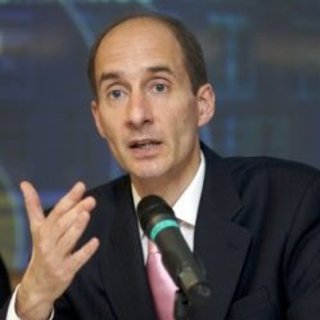 Andrew Adonis was an architect of education reform under Tony Blair, serving in the No. 10 Policy Unit and then as Minister for Schools from 1998 until 2008.

Andrew Adonis was an architect of education reform under Tony Blair, serving in the No. 10 Policy Unit and then as Minister for Schools from 1998 until 2008. He went on to become Transport Secretary under Gordon Brown. The academies programme is his major achievement. An entirely new breed of independent state schools, academies are changing the face of education nationwide, particularly where they have replaced failing comprehensive schools. Teach First, Sure Start, Building Schools for the Future, and the introduction of university fees to fund an expansion of higher education are other reforms he helped pioneer.

At transport, he developed the plans for HS2, Britain’s north-south high-speed rail line. Before joining government, Andrew Adonis was a journalist on the Financial Times and the Observer. He was previously a Fellow of Nuffield College, Oxford, where he gained his PhD. He is a Labour member of the House of Lords and he lives in London.

1. Nicholas Nickleby by Charles Dickens - never have the horrors of childhood, the triumph of right over wrong, and the strength of the human spirit, been better protrayed.

2. Winston Churchill's biography, by Roy Jenkins - one brilliant politician bringing to life the master of the trade and the saviour of Britain, warts and all.

3. A Little History of the World by Ernst Gombrich - a brilliant set of historical vignettes, written in a few weeks in the 1930s because he didn't have a good one volume huistoiry of the world to suggest to a publisher. The good, the bad and the ugly all in one slim volume, told brilliantly.