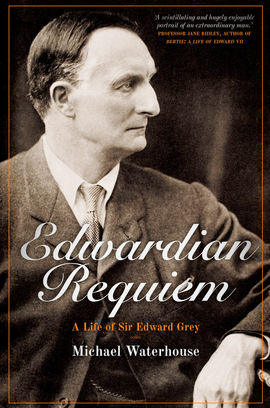 Best remembered for his portentous remark at the outbreak of the Great War, ‘The lamps are going out all over Europe. We shall not see them lit again in our time’, Sir Edward Grey was a consummate Edwardian politician and one of the most notable statesmen of an era abounding with them. Grey was the longest continuous serving Foreign Secretary of his or any age. It was a position he filled for more than a decade, under Campbell-Bannerman and then Asquith, during which time he battled relentlessly to protect and advance the interests of his country against the volatile backdrop of a Europe in which the balance of power was tilting wildly.

Grey was full of contradictions. Deep in his heart he was a country-loving fisherman, a naturalist and ornithologist who preferred reading Wordsworth to giving speeches in his constituency and answering questions on foreign policy in the House. Yet he spent nearly thirty years in Parliament and only reluctantly became Foreign Secretary of a country that presided over the greatest empire the world had seen since Roman times.

A peace-loving statesman who rarely left his shores, it fell to Grey to ask his country to go to war with Germany over a broken treaty agreement. Edwardian Requiem is the remarkable portrait of a complex and enigmatic statesman who presided over the twilight of old Europe.

Waterhouse is to be congratulated for presenting such a fully rounded portrait...

The really successful aspect of this book is in the author’s discussion of Grey’s passion for country pursuits – particularly fly-fishing and birdwatching. This is clearly where his real interest in Grey lies and he dwells at length on them.

A good portrait of Grey the man.

This book... must rank among the finest political biographies of recent years.

An admiring biography of the statesman-ornithologist...

[A] comprehensive and illuminating biography...

A well-researched account of one of the most defining periods in British history.

It is a well-researched and admirably fair account of a man...

In the Shadows
Lessons from History
Who Killed Kitchener?
War Games