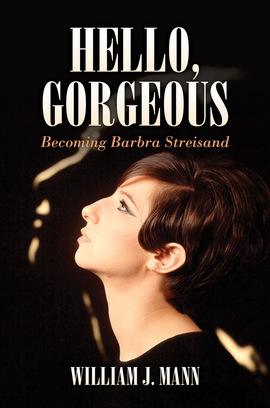 In 1960, Barbra Streisand was just a seventeen-year-old Jewish kid with plenty of talent and even more ambition. Four years later, she had taken over Broadway as the star of Funny Girl and had three platinum albums. In Hello, Gorgeous, Mann charts that climb to fame.
He takes us back to her formative years: her relationship with her mother, her early lovers, and her husband, Elliott Gould. With access to the previously sealed private collections of Jerome Robbins, Bob Fosse, and many others, Mann lays out the first-ever accurate account of the making of Funny Girl, fills in an incomplete record of Streisand s early nightclub and television appearances, and takes us behind the scenes of the canny marketing team whose strategies made her stardom seem inevitable. He also re-creates a vibrant piece of New York theatrical history the dinner clubs and the birth of Off-Off-Broadway.
Everyone of a certain age remembers when the phenomenon of Barbra Streisand rewrote all the rules of stardom. In this intimate portrait, Mann incisively illuminates the woman before she became the icon.

It is the attention to detail...which makes Hello,Gorgeous so much more than your standard cut-and-paste showbiz biography.