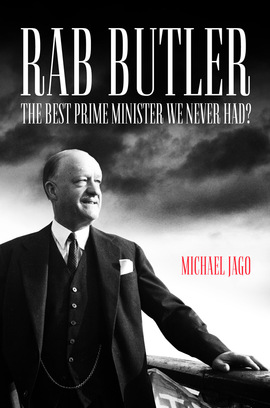 Rab Butler The Best Prime Minister We Never Had?

Despite his tenure of three of the four Great Offices of State, his popularity with the electorate and the truly revolutionary 1944 Education Act that bears his name, Richard Austen ‘Rab’ Butler narrowly missed out on the premiership on three separate occasions during his political career, earning him the sobriquet that has attached to his name ever since – The Best Prime Minister That Britain Never Had.

Banished from the inner council of the War Cabinet for his support of appeasement, Butler used his time as Education Minister wisely to emerge as the progressive face of the post-war Tory Party, going on to spend four years at the Treasury before the gradual but relentless eclipse of his career after Anthony Eden’s accession.

Was Butler an over-ambitious, condescending intellectual who had antagonised enough colleagues in the course of his career to ensure he would ultimately be thwarted? Or did he simply not want the leadership enough? Could this liberal Tory, in tune with the electorate, have led the Conservatives to victory in the 1964 election?

In this robust and insightful biography of the great nearly-man of British politics, bestselling author Michael Jago looks to answer whether Rab Butler really was ‘The Best Prime Minister We Never Had’.