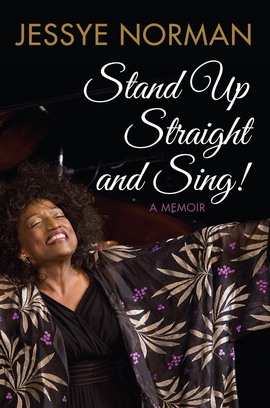 Stand Up Straight and Sing A Memoir

Grammy Award-winning Jessye Norman was a once-in-a-generation star, a singer whose astonishing talent, technical expertise and incomparable stage presence made her one of the world’s foremost classical performers of modern times. The possessor of a gloriously rich and powerful voice with a uniquely wide vocal range, Jessye Norman sought to redefine the role of a soprano and is renowned as an unparalleled modern interpreter of the operatic repertory, from Wagner to Strauss. Her genius has been appreciated the world over, earning her plaudits including a Grammy Lifetime Achievement Award and membership of the Royal Academy of Music.

Stand Up Straight and Sing! tells the extraordinary story of Jessye’s journey from small-town America to the opera houses of London, Paris, Berlin, and New York, in a career defined by astonishing longevity and relentless dedication. This is the story of the woman behind the voice, and is an absolute must-read for any fans of opera, as well as those wishing to gain an insight into the strength and determination that lie at the heart of this remarkable success story.

Soprano Jessye Norman has written a memoir that captures her crusading spirit.