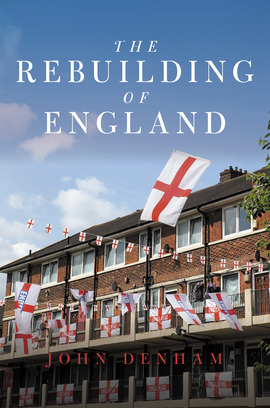 The Rebuilding of England

England is broken and the United Kingdom is bitterly divided. The rupture of Brexit is a symptom rather than a cause of divisions, and the tensions we now face threaten political and social stability and the foundations of the union itself.

In this book, former Labour Cabinet minister John Denham makes a new and urgent argument exploring how the roots of many of these British divisions lie in the exclusion of England and the English from our structures of governance – divisions exacerbated by those who have sought to impose their own cosmopolitan values on people who value nation, people and place, dismissing English nationalism as a right-wing nostalgia trip.

‘Englishness’ and ‘Britishness’ have increasingly come to reflect different values. The response must be the establishment of a parliament for England; a radical and entrenched devolution of power within England; and the re-founding of the union as a voluntary collaboration of nations.

In short, England must be allowed to determine its own democratic institutions free from the impositions of the UK state. Unhealed, a divided England will foster more political disruption in the future.