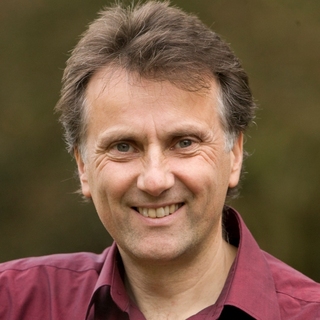 Chris Bowers is a writer and broadcaster who has made his mark in the sporting, environmental and political arenas. He is best known as a commentator on tennis.

Chris Bowers is a writer and broadcaster who has made his mark in the sporting, environmental and political arenas. He is best known as a commentator on tennis, having reported from the world’s top tournaments for a variety of media, including BBC Radio, Eurosport and various newspapers and websites. In 2006 he wrote the first English-language biography of Roger Federer.

His environmental work dates from 1990, when he founded the Environmental Transport Association, based on a model he had seen in action while living in Switzerland. Since 1992 he has worked as a communications consultant to the European Federation for Transport and Environment.

In politics, he joined the Liberal Party when he was 15 but left at 20 to pursue his career in journalism. He returned to the Liberal Democrats in the mid 1990s, becoming a district councillor in 2007 and standing for Parliament in 2010. He was born and grew up in the Wirral, and now lives with his daughter in East Sussex.

1. The Radiant Way by Margaret Drabble - I was a terrible reader as a child, desperately slow, and never got into books. The Radiant Way was the first book I really got into. I was in my 20s and it was a book where I felt it became part of my world, or a world I visited every evening. I'm not sure I'd like it now, but it got me into the joys of reading so I'm very grateful to it.

2. Wir Kinder vom Bahnhof Zoo by Christiane F - I don't think I really understood how malign the world of hard drugs is until I read this tale of a girl who gets into heroin at Zoo station in Berlin. I read it (in German) after my first visit to Berlin and it knocked me out. The final 100 pages are very tedious, but that just makes the point that, once into hard drugs, they never really leave you. One hell of a warning that I'm grateful to have heeded.

3. Karl Marx by Francis Wheen - I prefer novels to serious books (I should really have listed Captain Corelli's Mandolin, which is brilliant except for the last 60 pages), but I'm putting Wheen's biography of Marx down because it's a wonderful example about how a serious book can be written with a lightness of touch and sense of humour. If only all historians had this approach.