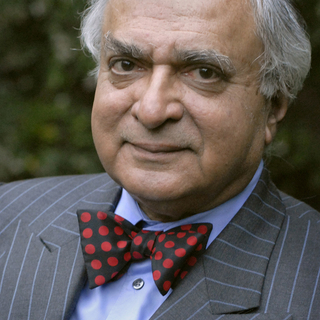 He has been co-director of the Trade Policy Unit at the Center for Policy Studies (1994-97) and the Chairman of the board of advisors for the Nestle Lecture on the developing world (1994-98). He has been a member of the UK Shadow Chancellor’s Council of Economic Advisors from 2000-09, and a distinguished visiting fellow at the National Council for Economic Research, New Delhi since 1999.

He received the Italian Societa Libera's International Freedom Prize for Economics in 2007.He has received honorary doctorates from the University Paul Cezanne, Aix- Marseille III, France (2002) and UPC in Peru (2010). From September 2008- October 2010 he was the President of the Mont Pelerin Society.

His most recent book is Reviving the Invisible Hand: the case for classical liberalism in the twenty first century (2006) nominated as ‘an outstanding academic book by Choice in 2006. Three collections of his essays have been published: The Repressed Economy (1993), Against Dirigisme (1994) and Unfinished Business (1999).Many of his books have been translated into Chinese, Russian, Dutch and Portuguese.

1. A Treatise of Human Nature by David Hume

2. The Constitution of Liberty by F. A. Hayek

3. The Decline and Fall of the Roman Empire by Edmund Gibbon