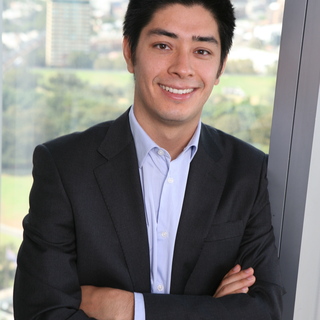 Eric Knight is a bestselling Australian writer and economics consultant

Eric Knight is a bestselling Australian writer and economics consultant. He has been billed as Australia's answer to Malcolm Gladwell. Matthew Ridley, the author of The Rational Optimist, has described his writing as bringing 'a rare combination of penetrating intelligence, deep knowledge, and common sense…to make ideas come to life'.

Eric earned his doctorate at Oxford University as an Australian Rhodes Scholar. He has worked as a consultant to the OECD and the World Bank. His writing has appeared in the mainstream media, including for the Australian, the Sydney Morning Herald, the Age, the Australian Financial Review, Spectator Australia and The Monthly. He appears regularly as a commentator on television and radio, and is an accomplished speaker giving talks around the world including at TEDx.

Eric is a Visiting Research Associate at the University of Oxford and currently works for one of the world's leading consulting companies advising businesses and government clients. Reframe: How to Solve the World's Trickiest Problems is his first book.

1. Liar's Poker by Michael Lewis - an insider's guide into the world of high finance in the late 80s. Lewis was fresh out of grad school when he wrote it and captured the era with incredible rawness.

2. The Hedgehog and The Fox by Isaiah Berlin - it's more of an essay than a book, but it is filled with a lifetime of ideas. I still wonder at how Berlin managed to write it over a single summer in Oxford.

3. The Tipping Point by Malcolm Gladwell - Gladwell, in my opinion, is the master of telling popular non-fiction stories. I really enjoy his clean lines and quirky angles.