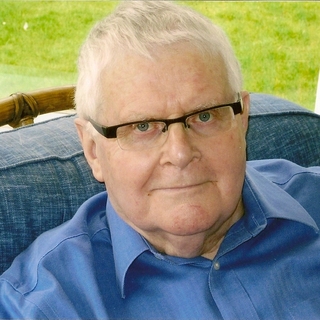 Graeme Kent is a former BBC producer who has written a number of books on the history of sport, including The Great White Hopes, which was short-listed for the 2005 William Hill Sports Book of the Year award.

Graeme Kent is a prolific author published in more than twenty different countries. His books include The Strongest Men on Earth, The Great White Hopes (shortlisted for the William Hill Sports Book of the Year) and Olympic Follies, which was nominated by The Independent as one of its sports books of the year. He has written for stage and screen, as well as for radio and many national newspapers and magazines. He served with the army in Korea, worked as a BBC producer and a consultant to Yorkshire Television, and was the headmaster of a primary school. For eight years he ran an educational broadcasting service in the Solomon Islands in the South Pacific. He has two grown-up children and lives with his wife Janet in Lincolnshire.

1. Room at the Top by John Braine (1957) - this is a brilliant first novel about ambition and social change. Set in a depressing Northern city in the 1940s, soon after World War II, it depicts the rise of the bolshie and determined Joe Lampton and his efforts to make a place for himself against a background of class prejudice. He succeeds in his aim but in the process loses his true love and is left wondering whether his struggle had been worth it. It is beautifully written and captures a place and a period like a fly caught and preserved forever in amber.

2. The Professional by W.C. Heinz (1958) - in my opinion this is the best novel with a sporting background that I have ever read. Even Ernest Hemingway liked it, and Papa was sparing with his praise. Heinz was a veteran sports writer and knew whereof he wrote. The book is set in the training camp of a professional middleweight Eddie Brown who is preparing to challenge for the world championship. It depicts vividly the ambience of a world most of us will never enter and presents vivid studies of the fighter and various hangers on.

3. My Writing Life by Neil Bell (1955) - few people remember Bell today but he was a prolific and reasonably successful writer of novels and children’s books between the 1920s and the 1960s. This is a fascinating, down-to-earth account of the trials and tribulations and occasional successes of a professional author who never really became fashionable. The book has not dated in any way and I would recommend any would-be writer to try to find and read it. (I note that all three of these books were published in the 1950s, when I was struggling to break into professional writing myself. They each gave me a standard to aim for, no matter how far short I fell, and this can be no bad thing for any writer.)

On The Run
The Strongest Men On Earth