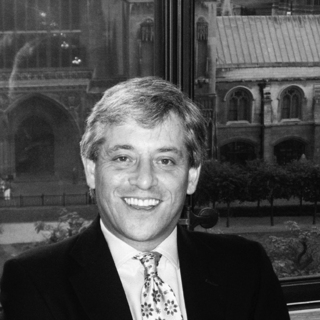 John Bercow is the Speaker of the House of Commons.

John Bercow is a keen tennis player, having first picked up a racket in 1971 at the age of eight. He instantly developed a deep passion for the sport, which has endured until this day. He played as a junior in north London until his late teens, and qualifi ed as a coach in the 1980s. Local Member of Parliament for the Buckingham constituency since 1997 and Speaker of the House of Commons since 2009, he still finds time to play recreationally when his schedule allows. He enjoys watching the major tournaments throughout the year on the television and, very occasionally, in person. He lives in London with his wife, Sally, and their three young children.