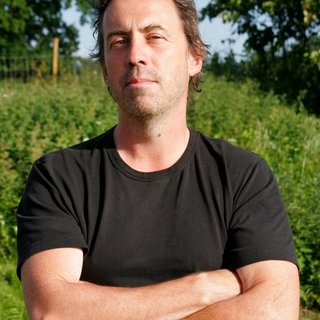 John Nicholson is the star columnist or www.football365com. His book We Ate All The Pies was longlisted for the 2010 William Hill Book of the Year prize.

Born in Hull and raised in Stockton-on-Tees under the yellow Teesside mist of pollution, Johnny is a northerner and very happy to be so. He is proud to have never had a salaried job in his 50 years of life and to be a Middlesbrough FC supporter. His big passion has always been rock music, a passion he indulges with a constantly growing collection of vinyl now in excess of 8,000 items. He is a restless soul who has lived in many different places from The Black Isle in Scotland to Laguna Beach, California. He currently lives in rural Norfolk with Dawn, his partner for the last 32 years.

He has been writing commercially since 2000 when he began as a columnist for highly original and influential football website Football365. He quickly became loved and despised in equal measure for his rambling rock 'n roll tales of intoxification with a bit of football tagged on at the end and was duly hailed as 'more original than God', 'possibly the biggest twat ever' and 'a very dangerous example to children'. In 2010 he wrote We Ate All The Pies - How Football Swallowed Britain Whole, a typically personal evocation of how football became the countries' all-consuming favourite sport, rich with intimate anecdote and rock 'n roll, along with his trademark passion and lust for life. It was immediately recognised as one of the best sports books of 2010 by being longlisted for The William Hill Sports Book Of The Year.

His second book, The Meat Fix, is the story of how eating meat again after twenty-six vegetarian years changed his life powerfully for the better, and of his quest to understand why the supposedly healthy diet he had existed on was actually damaging him. This is a fascinating, surprising, often hilarious and shocking journey of discovery. He also likes talking to animals, gardening and collecting 1970s West German pottery. Yes he does. Really.

1. The Electric Kool Aid Acid Test by Tom Wolfe - beat poetry and all the west coast hippy weirdness has held a lifelong fascination for me. Wolfe paints the mid 60s Californian psychedelic world that gave birth to the Grateful Dead et al with intense, multi-coloured and almost mythical prose. 'You're either on the bus or off the bus' has always resonated with me as a philosopical outlook. I'm definitely still on the bus.

2. Fear And Loathing In Las Vegas by Hunter S. Thompson - while Wolfe stood outside of the trippy, weirdness and observed it, Hunter creates it, gets inside it and lives it. Yes it's hilarious and utterly whacked out but more importantly, very intelligent, witty and nuanced. Every time I read this his use of imagery and cultural allusions just really inspire and excite me. He opens doors in your mind that were previously shut.

3. The Far Corner by Harry Pearson - Harry, like me is a Teessider and Middlesbrough FC fan. This brilliant tour of football clubs in the Northern League is so evocative of both the people and places of the north east. So much so that the football is almost incidental. It expresses so well the warmth and romanticism many of us feel about the north. Believe me, you haven't lived until you've won a meat packet at Tow Low with a wind whipping in off the moors!

We Ate All the Pies