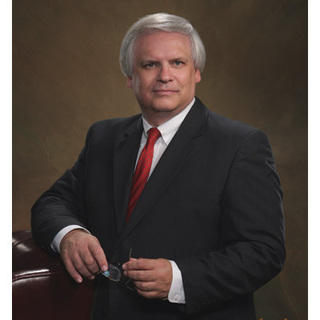 Dr John Shosky is one of the US's leading public speaking coaches and has been a speechwriter and consultant in three presidential administrations.

John Shosky is well-known speechwriter, consultant, speaker and advocate. For eighteen years he has been President and CEO of Roncalli Communications, Incorporated (Alexandria, Virginia), a company specialising in research, writing, editing and media training. His background includes service in three presidential administrations: Reagan, Bush 41 and Bush 43. He has worked in the Executive Office of the President, White House Public Affairs, the Department of Health and Human Services, the Department of Education, and the Department of Housing and Urban Development.

Shosky has written more than 2,800 speeches for the public record, some 6-8 million words. He has also published more than 70 articles on a variety of topics, edited three books and written Speaking to Lead. His latest book is the Words of our Time. Shosky can be contacted at john.shosky@roncallicommunications.com.

1. Dr Zhivago by Boris Pasternak - it has it all, the great conflicts of our time: freedom vs authority, love opposed to duty, art challenging politics, choice conflicting with fate, culture destroyed by revolution. It is also magnificently written poetry as prose.

2. Born to Rebel by Benjamin Elijah Mays - Mays was the longtime president of Morehouse College in Atlanta. He was vastly influential on the thinking of his students, including Dr Martin Luther King, Jr, Dr Louis Sullivan, Maynard Jackson and many others who changed the course of American history. Mays advocates education as the way out, non-violence as a means of change and service as a way of life. It is an inspiring, almost unknown book that deserves wide readership.

3. What I Saw at the Revolution by Peggy Noonan - she is the speechwriting goddess. Her account of the Reagan White House is the most honest and accurate recreation of that time. She also offers deep insights into political speechwriting. If you want to know why Reagan was great...and he was...then this is a good book to read. Another of Noonan's books on Reagan, When Character was King, is also a must-read. I would recommend further reading on Reagan, especially books by Peter Robinson and Craig Shirley.

4. Power by Bertrand Russell - a worthy successor to Machiavelli. In politics power is the currency.

5. Personal Being by Rom Harre - language creates our world. It gives us the self, consciousness, concepts and thought. We understand the experiences around us based on our linguistic tools. Harre shows why language is our world.

6. Also, one essential article, Politics and the English Language by George Orwell - as Christopher Hitchens passionately argued, Orwell matters. This article will explain why, discussing the uses and perversions of language for political gain.

The Words of Our Time
Speaking to Lead