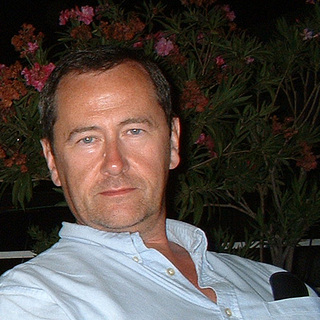 Kevin Marsh was one of the BBC’s longest serving frontline programme editors. He left the BBC in 2011 to set up his own media teaching and coaching company OffspinMedia.

Kevin Marsh was one of the BBC’s longest serving frontline programme editors. He edited PM, The World at One, The World This Weekend and Today. He also developed and launched Broadcasting House. After the Grammar School, Doncaster and Christ Church, Oxford he joined the BBC as a News Trainee in 1978. His first job was on the election night programme that saw Margaret Thatcher take power. His was Editor of The World at One for almost the entire period Alastair Campbell was in Downing Street and became a constant thorn in New Labour’s side. After twenty-eight years in daily journalism, he left Today in 2006 to become the BBC College of Journalism’s first Executive Editor. He left the BBC in 2011 to set up his own media teaching and coaching company OffspinMedia.

1. The History of Art by EH Gombrich - everything I know about art and most of what I know about history comes from this.

2. The Towers of Trebizond by Rose Macaulay - any novel that begins: ' "Take my camel, dear" said my aunt Dot, as she climbed down from this animal on her return from High Mass' ... ranges over Anatolia with a BBC Outside Broadcast van in tow ... and ends with a death as sudden and brutal as it is mundane at a set of traffic lights in central London has got to be great.