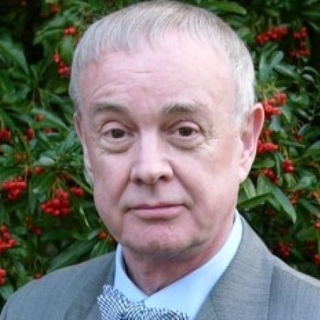 Madsen Pirie is a world-renowned economic thinker, and President of the free market think tank, the Adam Smith Institute.

Dr Madsen Pirie graduated from Edinburgh, St Andrews and Cambridge Universities. He is President of the free market think tank, the Adam Smith Institute. Before that he was Professor of Philosophy at Hillsdale in Michigan. In the Adam Smith Institute, Dr Pirie was part of the team which pioneered policy innovations such as privatisation. He served on the Prime Minister's advisory panel when the Citizen's Charter was set up. He was joint winner of the "National Free Enterprise Award" of 2010, and is a Senior Visiting Fellow in Land Economy at Cambridge.

He has published books on political economy, philosophy, IQ, and children's science fiction. His recent works include 101 Great Philosophers (Continuum), Economics Made Simple (Harriman House) and Think Tank – the story of the Adam Smith Institute (Biteback Publications). He edited and wrote for anotherfoodblog.com (2006-2011), and his hobbies include rocketry and calligraphy.

1. The History of the Peloponnesian War, by Thucydides - this tells of the epic struggle between Athens and Sparta 2,500 years ago. Thucydides vividly brings to life the characters involved, as best intentions vie with suffering and cruelty. He writes with the soul of a poet as well as an historian, and we recognize not the people of a dead past, but people who thought and reacted much like ourselves.

2. Enquiry Concerning Human Understanding, by David Hume - what a joy it is to watch an intelligent mind thinking. Hume asks how we know things, and what evidence we have for a real world beyond our senses. He concludes that our knowledge is more tentative than we suppose, and if knowledge is so hesitant, whence comes the authority to insist upon and impose systems?

3. The Moon is a Harsh Mistress, by Robert Heinlein - I take this excellent science fiction to represent the whole genre which includes Asimov, Bradbury and the other giants. It tells of a rebellion on the moon. Others talk of empires of a million worlds spanning the galaxy across a thousand years. Optimism is the norm as people face dangers and crises with enterprise, courage and imagination.