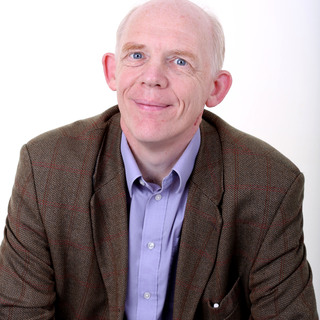 Mark Peel is a former teacher, and prominent biographer, who has written numerous books, many of which focus on cricket and its players

Mark Peel’s previous books include England Expects: A Life of Ken Barrington [winner of the 1993 Cricket Society Literary Award], The Land of Lost Content: A Life of Anthony Chenevix-Trench, Cricketing Falstaff: A Biography of Colin Milburn, The Last Roman: A Biography of Colin Cowdrey and The Last Wesleyan: A Biography of Donald Soper. 'The chance to write was always a childhood dream and several years into my teaching career at Fettes I took the first tentative step by approaching Ann Barrington, widow of the England cricketer Ken Barrington, to see whether she would cooperate on a biography of her husband. She would, and after a year of working closely with her and Ken's former friends and colleagues, I secured a publisher. The book came out in 1992 and was awarded the Cricket Society Literary Award for the Cricket Book of the Year. Suitably encouraged, I turned my attention to two other cricketers, Colin Milburn and Colin Cowdrey, finding that I could write them up reasonably quickly during the holidays, although the impending deadline prevented me from getting to know the latter as well as I would have liked. Thereafter I decided to take a break from cricket and accepted an invitation to write a biography of the Methodist minister and pacifist Donald Soper. It was a fascinating subject which took me into some quite challenging areas such as liberation theology and Christian pacifism. Taking on the life of Shirley Williams convinced me that I couldn't both research a time-consuming subject like this, write it and teach so I gave up teaching in 2007 after twenty-four very happy years at Fettes. I miss the teaching, but appreciate being my own master and having the time to travel to far off distant archives, not least five trips to McMaster University, Ontario, home of the Vera Brittain archive. Having just completed a biography of the 14th Duke of Hamilton, I'm ready to take a break from biography and tackle some controversial issues such as cricketing apartheid in South Africa.'