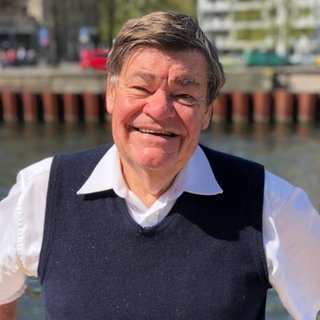 Paddy Briggs had a forty-year career with oil company, Shell, before, in his third age, becoming a writer and journalist. He has written professionally on sport and had weekly columns (‘Paddy’s Sports View’) for many years in various Middle East publications. In 2010 he was elected to be a member-nominated trustee of the £14 billion Shell Contributory Pension Fund – one of Britain’s largest. This sparked an interest in the world of pensions, which in turn led to his writing monthly articles on the subject for six years for the specialist publication Pensions Age. This is Paddy’s second biography; his first, John Shepherd: The Loyal Cavalier, about the West Indies and Kent cricketer, was published in 2009. He is also the author of Jumeira Jane, a book of comic verse published in Dubai in 2001. Paddy was educated at the Leys School, Cambridge, holds a degree in Business Studies and is a voice of reason across social media.

Look Where You're Going