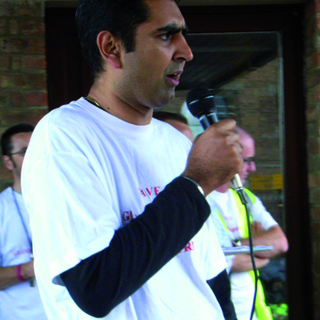 Parmjit Dhanda is the author of My Political Race.

Parmjit Dhanda held three ministerial posts in his time as Member of Parliament for Gloucester before his defeat at the  general election.

He was born in Hillingdon hospital, where his mother worked as a cleaner. His father was a machine tool setter and then a truck driver. After attending Mellow Lane Comprehensive School in west London, Parmjit attended Nottingham University, where he completed a degree in electronic engineering and a master’s in information technology. On leaving university, he went on to work for the Labour Party as a campaigns organiser in the 1997 general election, and then as assistant national organiser of the Connect trade union from 1998 to 2001.

On 7 June 2001, aged twenty-nine, Parmjit was elected MP for Gloucester with a majority of 3,880 – the first BME MP in the west of England. He built a strong reputation as a local MP, helping to gain a proud record of investment for his constituency (including the docks regeneration scheme), and was returned in 2005 with an increased majority of 4,240. He was subsequently asked to join the government.

Parmjit is married to Rupi and they have two sons. He was the first British-born minister of Asian parentage and is, to this day, the only Sikh to have served in government.