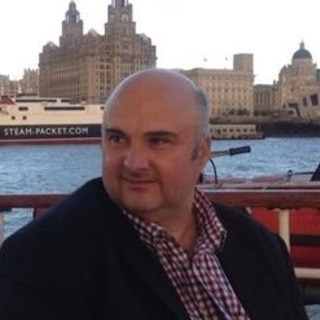 Paul Richards is a Labour activist, columnist and author. His books include How to Be a Spin Doctor, Labour’s Revival, How to Win an Election and Tony Blair In His Own Words. He has been a parliamentary candidate, special adviser and chair of the Fabian Society.

Paul Richards is a Labour activist, columnist and author, and founder and columnist of Progress magazine, the Labour modernisers' magazine. As a Labour parliamentary candidate, adviser to two cabinet ministers, chair of the Fabian Society, and prolific writer and pamphleteer, Paul Richards has been at the heart of the Labour Party for over 20 years.

He is editor of Tony Blair In His Own Words, and author of How to Be a Spin Doctor and How to Win an Election. He lives in Sussex by the sea.

1. In Place of Fear by Aneurin Bevan - a book of extraordinary moral lucidity and passion, ringing with phrases that speak to modern concerns.

2. Animal Farm by George Orwell - I’ve always loved this book. Imagine my delight when I moved to the road which used to contain Orwell’s prep school, just a couple of miles from Chalk Farm, which Orwell based Animal Farm on.

3. I also love dipping into Denis Healey’s autobiography, as much for its references to poetry and literature as the politics.

How to Be a Spin Doctor
Labour's Revival