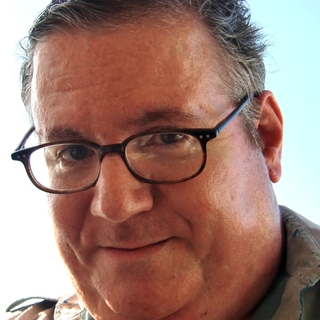 Peter L. Winkler is an esteemed film historian and writer whose work has appeared in a variety of publications, including CineFan and Playboy.

Peter L. Winkler has written about movies for CineFan, Crime Magazine, Filmfax, The Jimston Journal, Playboy, PopMatters, and spiked; and reviewed movies for Video Theater, where he served as associate editor. He also wrote for PC Laptop Computers Magazine, PICO-Laptops and Portables, and Smart TV & Sound. He was the subject of a feature story in the Los Angeles Times and has been a guest on talk-radio shows in the US and Europe.

Mr Winkler graduated with academic honours from the University of California, Los Angeles in 1978. He resides in North Hollywood, California. Philippe Mora, who directed Dennis Hopper and knew him as a friend, calls Peter Winkler's book, Dennis Hopper: The Wild Ride of a Hollywood Rebel, 'the definitive biography on this live wire who lived on the high wire.'

1. What Makes Sammy Run? by Budd Schulberg - a riveting Hollywood novel about the rise of a charismatic heel that lays bare the unsavoury truth about the ethical crimes we commit in our pursuit of the American dream.

2. Selected Letters of Raymond Chandler by Raymond Chandler - Chandler's highly amusing correspondence, where he opines about Hollywood, publishing, writing and himself, reads as if his fictional detective Philip Marlowe had kept a diary.

3. Ross And Tom: Two American Tragedies by John Leggett - long before 'narrative nonfiction' became a buzzword in publishing, John Leggett wrote this superb dual biography of authors Ross Lockridge Jr (Raintree County) and Thomas Heggen (Mister Roberts), both of whom experienced fantastic early success which they couldn't follow, leading to depression and suicide. Leggett's book is tremendously readable, like a great novel, yet grounded in fact all the way.