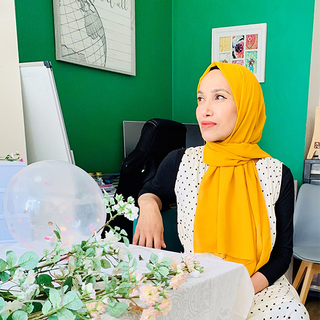 Rabina Khan is one of the most influential hijab-wearing politicians in London, serving as a Liberal Democrat councillor in the Borough of Tower Hamlets, where she ran a close second in her bid to be mayor. Born in Bangladesh and raised in Rochester, she is known for her passionate support of causes such as stopping youth knife crime and building more social housing. Her decade in politics has been both controversial and turbulent, but, as she says, defining who you are is about how well you rise when you fall. She has written for The Independent, The Guardian and the HuffPost and regularly appears in the media.

My Hair Is Pink Under This Veil