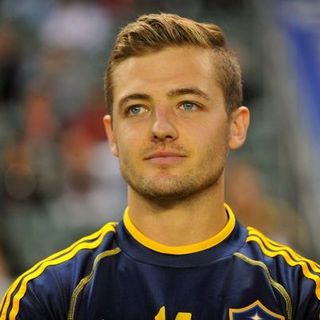 Robbie Rogers is an openly gay footballer now playing in the USA for the LA Galaxy. Rogers started playing football at the age of four and grew up loving Arsenal. He has played for the Columbus Crew, the US Olympic national team, and Leeds United in the UK. Rogers is also co-owner of Halsey, a menswear brand, and is a co-founder and ambassador for the BEYOND ‘it’ campaign. He lives in Los Angeles.

Coming Out To Play