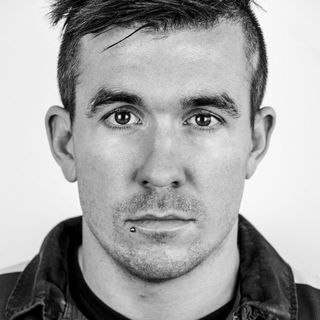 Robert O’Connor is a journalist living in London whose work on the subject of football, politics and history in Eastern Europe has been carried by The Times, the BBC, The Independent, the Telegraph, the Moscow Times, the i, Foreign Policy, New Internationalist and Vice.

He has travelled extensively through each of Europe’s so-called ‘frozen-conflict’ zones, where de facto governments rule in defiance of international convention and civilians live with the consequences of cruel ethnic wars, economic collapse and unrecognised status.

He is a graduate of the University of Sheffield and the Royal Central School of Speech and Drama, where he learned skills later applicable to the task of lying to border guards, flattering despots and dodging interrogation from gun-toting Slavic muscle men.