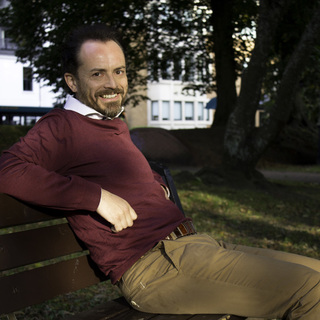 Roger Awan-Scully is Professor of Political Science at Cardiff University. An expert on elections and political representation in Britain and Europe, he authored a book called Becoming Europeans? Attitudes, Behaviour, and Socialization in the European Parliament, and has co-authored Representing Europe’s Citizens? Electoral Institutions and the Failure of Parliamentary Representation in Europe and Wales Says Yes: Devolution and the 2011 Welsh Referendum. He was awarded the Political Studies Association’s award for Political Studies Communicator of the Year 2017.

The director of the Welsh Election Study, Roger is also associate editor of Parliamentary Affairs, a fellow of the Learned Society of Wales and of the Royal Statistical Society, and an academician of the Academy of Social Sciences. He has published more than fifty articles in major academic journals over the years, including the British Journal of Political Science, Electoral Studies, the European Journal of Political Research, Legislative Studies Quarterly, Party Politics and Publius, and has contributed chapters to thirty books.

Roger is a jazz fan and enjoys horseracing, cooking and DIY.

The End of British Party Politics?