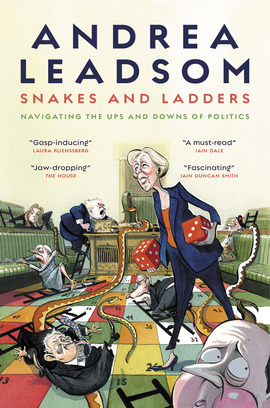 In the high-stakes world of politics, there are superb highs and terrible lows – and never more so than in the period since 2010, during which so much has changed. Few are better placed to give an insider’s view of the turmoil than the Rt Hon. Dame Andrea Leadsom MP.

From working cross-party on reform of the European Union to taking to the stage at Wembley as a key figure in the Leave campaign, through two leadership bids, Cabinet intrigue, squaring off against an increasingly erratic Speaker, founding a campaign to give babies the best start for life and securing a landmark Spending Review settlement, Andrea’s story tracks the ups and downs of a political career and particularly some of the challenges for female MPs. In this very personal account, she gives a real insight into the daily goings-on with ministers, parliamentary colleagues, civil servants, special advisers, the media and constituents.

As a lifelong optimist, Andrea argues that political careers don’t always – as is so often claimed – end in failure, and explains how, like a game of snakes and ladders, politics is often about getting yourself into the right place at the right time.