Ahead of the publication of her book, Elitism: A Progressive Defence, author Eliane Glaser discusses what theatre's coronavirus crisis can teach us about how we see elitism... 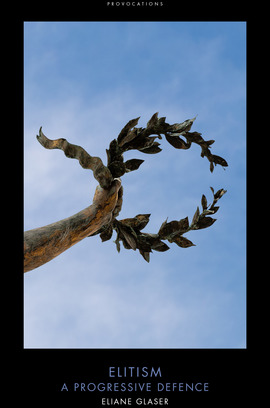 The UK’s creative and media industries are on the brink of devastation. The government’s £1.5 billion arts bailout is unlikely to save many venues: a leading theatre company in Southampton has already closed. The Southbank Centre has warned it may have to cut two-thirds of its staff. The Guardian has announced the axing of 180 jobs; the loss of 520 posts in BBC News is surely just the start. Tech giants are gobbling up yet more of the book trade; the majority of small publishers in the UK fear for their future. Museums and galleries are losing half their revenue and are set to jettison more than half their workforce. The Creative Industries Federation predicts that the UK’s creative sector will be hit twice as hard as the wider economy.

As for higher education, the government has announced a rescue package for universities at risk of collapse, but with restrictive strings attached. There is a jobs freeze for academics, with no end in sight.

The coronavirus crisis has shown us how much we rely not only on those who save our lives but on those who make our lives worth living. Released from the demands of work and dutiful sociability, many have been reminded – through tantalising online performances, virtual exhibitions, radio broadcasts or finally opening those novels languishing on the bedside table – the joys and consolations of music, theatre, art, literature and contemplation.

Yet this glimpse of what is really important to us is in danger of being stuffed back into its box. Instead of a collective effort to save our national treasures, there is instead a right-wing backlash against so-called elitism. ‘It is time to get tough with the anti-business arts elite,’ writes Matthew Lynn in the Telegraph. Even those who produce and thrive on arts and ideas seem curiously tongue-tied in its defence. ‘Theatre culture in this country can often seem elitist,’ theatre producer Amber Massie-Blomfield hastened to acknowledge recently while making a case for the survival of pantomime.

We are led to believe that these are luxuries we can no longer afford, their losses inevitable sacrifices in straitened times. Yet even in the midst of the pandemic, over three quarters of the world’s richest families – who have an average fortune of £1.25 billion each – have reported an increase in their already vast fortunes. In the UK, the amount of wealth in private hands stands at a stunning £13 trillion. There is £4.3 billion in personalised number plates alone.

It’s easy to forget that culture and intellectualism were being undermined way before Covid-19: the Arts Council’s budget has been cut by 30 per cent since 2010, meaning reduced grants to the Royal Opera House, the Royal Shakespeare Company and the National Theatre. Almost £400 million has been cut from local authority arts budgets since the advent of austerity. British culture has been hit disproportionately hard: local government funding for culture in the UK is now almost the lowest in Europe. The proportion of its GDP that the UK spends on the arts is less than half that of France.

As I argue in Elitism: A Progressive Defence, the long-term decline of our arts, culture and higher education is being hastened and justified by a pervasive anti-elitism. Right-wing populists have diverted public anger away from the obscene profiteering of billionaires, banks and global corporations and turned it onto cultural and educational high standards. They have persuaded us that the real masters of the universe are ‘liberal elite’ commentators on dwindling salaries, MPs – themselves victims of mass trolling, death threats and even murder – and members of the cultural precariat. Vast disparities of wealth and power thus escape scrutiny, while everything that gives life value and meaning has to fight for its very existence. It’s time for liberals to throw off their nervousness about being branded elite and stand up for the things that enrich us, stretch us and lift us away from the immediate and the everyday. We must urgently reject the dangerous distortions of anti-elitism while we still have something to save.

Eliane's book, Elitism: A Progressive Defence is out on 18th August 2020: take a look here!