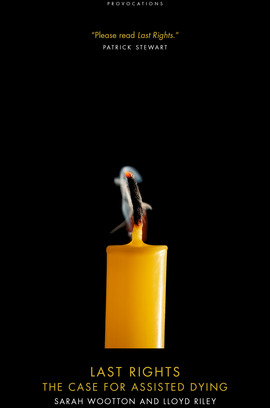 Death and dying have become everyone’s business, so isn’t it time we had more of a say in what they look like?

The coronavirus pandemic has revealed new problems in the way we care for dying people. Decisions about who should receive life-sustaining treatment, communication around the circumstances in which CPR might not be in a person’s best interests and how people can plan for their future treatment are more prominent in the public consciousness than they have ever been.

Once we emerge from this crisis, we will have to find ways to build a better and fairer society and the public’s clear willingness to engage with these issues shows that reforming the rules which govern how our lives end should be near the top of legislators’ to-do lists. This should also focus our attention on the problems in end-of-life care that were present long before coronavirus; problems like the lack of an assisted dying law in the UK.

It is unfathomably cruel that we withdraw mechanisms of control from people at a time when they would have the most value. As dying people come to terms with dramatic changes in their lives and the grief and loss of knowing that time with their loved ones is rapidly running out, we actively deny them an option that would bring so much comfort and reassurance – the knowledge that while death cannot be avoided, the suffering that may accompany it can be.

Our book, Last Rights, sheds light on how this outdated, broken and unpopular status quo has been sustained for so long. It explores how fault lines in society are created by a small minority who hold back the tide of public will and cling on to old ways of thinking, which they believe others must subscribe to.

Dying people have not been listened to. They have been repeatedly ignored, shouted down and gaslighted.

Last Rights draws parallels between the people who spend their final months fighting for the option of assisted dying and those who campaigned for votes for women, equal marriage and other expansions of personal liberty, which once prompted such bitter cultural battles but have since been woven seamlessly into the fabric of society. How will history judge us if we insist dying people must continue to suffer in order to protect a blanket prohibition that nobody can coherently defend?

The case put forward to oppose change is hollow, based on disproven hypotheses and fear-based arguments that crumble under scrutiny. Why are we refusing to learn from the increasing number of compassionate and pragmatic nations around the world which have passed assisted dying legislation? How can we be content with a two-tier system of dying, where those who can afford it can buy the death they want at Dignitas, while others are left at home to take matters into their own hands behind closed doors? Who can justify why, in 2019, Mavis Eccleston was put on trial for murder for helping her terminally ill husband Dennis end his own life?

84 per cent of the British public demand change on assisted dying, but Westminster and Holyrood have shied away from a mature, thoughtful, open-minded consideration of how our laws could be fixed. These are laws which place unnecessary restrictions on our freedom, autonomy and control; laws which can rob us of the option of a peaceful death and our ability to protect our loved ones from having to witness us endure unimaginable pain and suffering in the final chapter of our lives.

The onus should no longer be on dying people and their families to explain why choice at the end of life is needed. It should be on politicians, via formal inquiry, to question how, in the twenty-first century, it can possibly be denied.

Sarah Wootton and Lloyd Riley's book, Last Rights: The Case for Assisted Dying, will be out on 23 June. Take a look here!