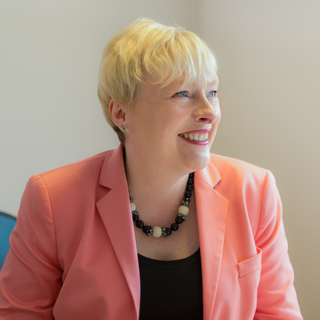 Angela Eagle MP has been the Labour MP for Wallasey since 1992 and has served as a minister, including in the Treasury, as shadow minister and as chair of Labour’s NEC and National Policy Forum. She is an honorary fellow of St John’s College, Oxford and lives with her partner, Maria, in London and Wallasey.

Angela’s mum was a seamstress and her dad a print worker. Together with her twin sister, Maria Eagle MP, she was the first in her family to go to university.

Angela brings unique experience of and insight into the inside workings of her party and of government at the highest level.