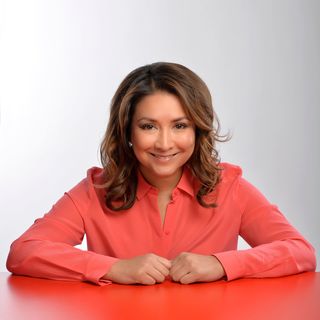 Ayesha Hazarika was a special adviser to Gordon Brown, Harriet Harman and Ed Miliband from 2007 to 2015. She is now a political commentator, broadcaster and stand-up comedian.

She has a weekly column in the London Evening Standard and The Scotsman and appears regularly across television and radio including the BBC’s Andrew Marr Show, Newsnight, Sky News, Good Morning Britain, LBC and CNN.

Ayesha is also an acclaimed stand-up comedian and recently completed a successful nationwide tour of her show State of the Nation about power, politics and how we lost the plot.

She still has a mild panic attack every Wednesday morning.