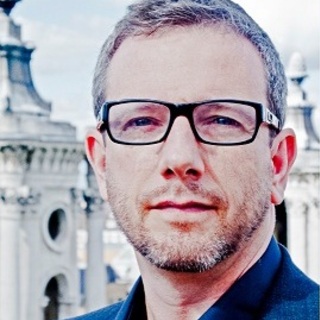 Charles Loft is a railway enthusiast who currently works as a policy adviser and still occasionally gets lost while looking for forgotten railways.

Dr Charles Loft has been fascinated by derelict railways since his mother showed him the barren trackbed of the Hayling Island branch from a bridge at the age of three. Since then he has worked as an academic researcher and lecturer, teaching at Queen Mary University of London and Huddersfield University and spending a year as Fulbright Robertson Visiting Professor of British History at Westminster College, Fulton, Missouri. He currently works as a transport policy adviser at the Local Government Association. His previous work includes the first detailed academic study of the policy behind the Beeching Report.

1.The Country Railway, by David St John Thomas
One of the most intelligent and evocative writers about railways. I cannot think of anyone who better captures all that is romantic and wonderful about the branch line. This book can carry one off to imagined England, but Thomas is never blinded by romance. He was a perceptive critic of both railway management and governemnt policy at the time of Beeching.

2.The Neophiliacs – The revolution in English Life in the Fifties and Sixties, by Christopher Booker
I love the ambition of this book. I am not always convinced by it and often disagree with it, but it was this book that brought home to me the indivisible nature of psychology, culture and politics. It hardly mentions Dr Beeching but I found it very relevant to my work, which suggests Booker was on to something.

3.Zen and The Art of Motorcycle Maintenance, by Robert M Pirsig
This had a great influence on me when I was young, not so much in terms of what it said (which I am not sure I ever fully grasped) but in encouraging me to reflect on things. It made me try to enjoy what I was doing rather than rushing to the goal. It was of no real help, however, in the brief time I owned a moped.