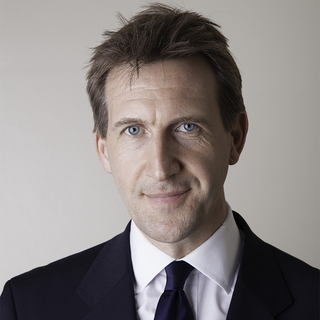 Dan Jarvis has spent his working life in public service, first in the armed forces and then as a Member of Parliament. In January 2011 he became the first person since the Second World War to resign his commission in order to contest a parliamentary by-election.
Originally from Nottingham, he graduated from Aberystwyth University in 1996 with a degree in International Politics and Strategic Studies before attending the Royal Military Academy Sandhurst.
He was commissioned into the Parachute Regiment and subsequently deployed to Kosovo, Northern Ireland, Sierra Leone, Iraq and Afghanistan. During his service his postings included: Platoon Commander, Aide de Camp to General Sir Mike Jackson, Adjutant of 3 Para and staff planner in the Permanent Joint Headquarters. He also served as a Company Commander in the Special Forces Support Group.
He was elected as MP for Barnsley Central on 3 March 2011 and subsequently awarded the MBE for his service in the army, making him the first serving MP to be decorated for military service for many years.
Dan has served as shadow Minister for the Department of Culture, Media and Sport and in October 2013 was appointed as shadow Minister for Justice with responsibility for Youth Justice and Victims. He is also the Labour Party’s lead for the 100th anniversary commemoration of World War One.
In 2013 and 2014 he ran the London Marathon to raise money for Cancer Research UK. He has also previously led mountaineering expeditions in the Himalayas.
He lives in Barnsley with his three children, his wife and their dog.