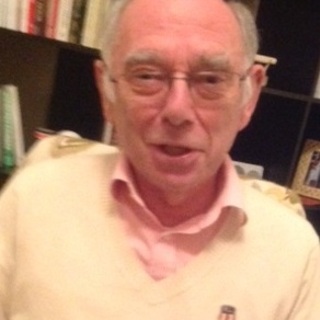 Gerald Frost is the author of Making Things Happen: The Life and Original Thinking of Nigel Vinson.

Gerald Frost is a journalist who has written widely on domestic and international politics. He was director of the London-based Centre for Policy Studies (1992-95) and, prior to that, of the Institute for European Defence and Strategic Studies (1980-92), which he founded.

He has written for British, American and European newspapers and magazines including Encounter, Standpoint, the Daily Telegraph, the Sunday Times, the New Criterion, the Wall Street Journal and Politique Internationale. His publications include Hubris: The Tempting of Modern Conservatives, Anthony Fisher:
Champion of Liberty and Too ‘nice’ to be Tories: How the Modernisers have damaged the Conservative Party (with Anthony Scholefield). He was also editor of the fortnightly publication Eurofacts (2002-09).

He is presently director of the Danube Institute, an independent centre of intellectual debate for Conservatives and their democratic opponents, which is based in Budapest.