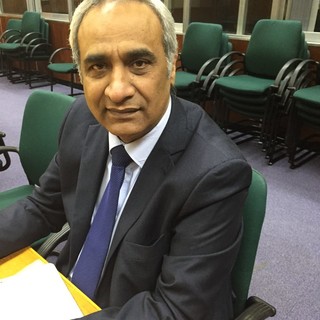 Gurpal Virdi grew up in Southall, where he first became aware of the inequalities experienced by ethnic minorities. He decided at a young age to join the police and was the first Asian from Hounslow to join the Met. During his thirty years’ service, he was very vocal in challenging the mistreatment of ethnic minority communities.

In 2012, after leaving the police, Gurpal carried the Olympic Torch from Richmond to Hounslow on Kew Bridge. Now an elected councillor for the London borough of Hounslow, he continues to campaign for equality and human rights. He is a trained tutor for adult education and devotes much of his time to voluntary work.

Behind The Blue Line