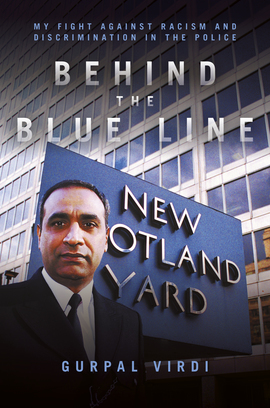 On Wednesday 15 April 1998, Detective Sergeant Gurpal Singh Virdi was arrested and accused of sending racist hate mail to himself and ethnic minority colleagues. Dismissed from the Metropolitan Police Service, his reputation in ruins, Virdi took his case to an employment tribunal, which judged that he had been a victim of racial discrimination. Completely vindicated, Virdi was reinstated to the job he loved – but his travails were far from over. Constantly overlooked for promotion, he realised that by challenging the Met he had effectively ended his career.

Following his retirement from the force and keen to serve his local community, Virdi decided to run for election as a Labour councillor – but, prior to the election, he was arrested a second time. The allegations levelled against him were horrifying: he stood accused of sexually assaulting an underage prisoner nearly thirty years earlier. Yet, when the case went to trial, a jury took less than fifty minutes to clear Virdi of all charges, with the judge noting the likelihood of a conspiracy behind the case. But the damage had been done.

Behind the Blue Line is Virdi’s deeply shocking account of how one of Britain’s biggest institutions brought the apparatus of the state to bear in a campaign to destroy the life of one of its own officers.

'Behind the Blue Line is the story of a good public servant. Without rancour, it details the obstacles, the prejudice and the official carelessness that can get in the way of a dedicated officer’s career. We can learn from it. We must learn from it. These events should never be able to happen again.'

Fit Up
Welcome to Britain: Fixing Our Broken Immigration System
Talking to Myself
Tango Juliet Foxtrot