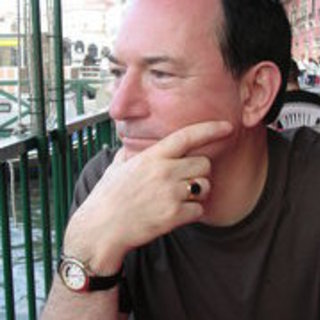 Jad Adams is a historian, writer and broadcaster.

Jad Adams is an author and television producer who has specialized in biographies of radicals and nationalists in the field of British Empire and Commonwealth history. His work includes the classic biography of Tony Benn, first published in 1992, reissued by Biteback in a new edition, with additional chapters to cover the intervening twenty years. In writing the biography Jad had unlimited access to the Benn archives and to the 15 million words of the unedited Benn Diaries.

His ground-breaking biography of Gandhi, Naked Ambition, was released in 2010. A previous work of Indian history, The Dynasty, told the story of the Nehru family in the struggle for independence and then as the ruling family in modern India. Jad worked on the BBC/PBS four-part series about the family, also called The Dynasty.

Jad's career started in the 1970s when he worked as a Fleet Street reporter for four years before moving into television, and specifically current affairs, on Panorama. He began producing his own programmes for the developing independent production industry. Among many films, he made biographies of Lord Kitchener for the BBC and of Bill and Hillary Clinton for ITV.

Academically, Jad was educated at Sussex University and Birkbeck College, London. He is a Fellow of the School of Advanced Study, University of London and a Fellow of the Royal Historical Society. He has taken a particular interest in the 1890s and is working on a large scale project on the women of the Decadence movement. He has written a biography of the poet Ernest Dowson, and a book on the sensational drink of the nineteenth century, which is titled Hideous Absinthe.

1. The Struggle for Mastery in Europe 1848-1918 by A.J.P.Taylor - this is my favourite work of history from my favorite historian. It is a great work on a great scale.

2. Lolita by Vladimir Nabokov - this book captivated me as a teenager and I have never been free of its spell. The language and the sustained passion are unequalled in modern literature.

3. The Dictionary of National Biography - this is my favourite reference book. I never tire of looking through it, and I am proud to have contributed some entries to the most recent edition.