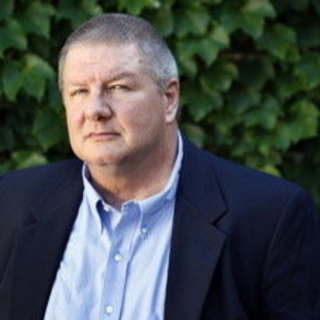 Jeff Guinn, bestselling author of the three books in 'The Christmas Chronicles,' is an award-winning journalist and writer.

Jeff Guinn, bestselling author of the three books in 'The Christmas Chronicles,' is an award-winning journalist and writer. Q. How would you describe your life in only 8 words? A. I'm always eager to learn more about everything. Q. What is your motto or maxim? A. If you're bored, you have no one to blame but yourself. Q. How would you describe perfect happiness? A. It's never happened in my lifetime, and probably never will, but I think I would personally get as close to perfect happiness as is possible for me if the San Francisco Giants ever won the World Series. I've been waiting since I fell in love with baseball in 1958. Q. What’s your greatest fear? A. I know it sounds pretty obsessive, but I dread ever having a moment in my life when I can't think of anything to do. I don't want to become an old man who has lost interest in everything. Q. If you could be anywhere in the world right now, where would you choose to be? A. Tough question - I'm always happy being with my wife and two grown sons, but I also love being out on the road in my car, driving somewhere to interview someone about whatever is the subject of my current book project. Q. With whom in history do you most identify? A. My personal heroes are Justice Oliver Wendell Holmes Jr., John Steinbeck and Admiral James Stockdale. I realize I don't have Holmes's intellect, Steinbeck's compassionate writing excellence, or Stockdale's personal courage. But I can at least do my best to emulate them. Q. Which living person do you most admire? A. Jimmy Carter. Q. What are your most overused words or phrases? A. "This isn't good enough." Q. What do you regret most? A. The list would be endless. I guess I think I could have been a much, much better parent and husband. Q. If you could acquire any talent, what would it be? A. My secret dream would be to play in a rock band, but I have absolutely no musical talent. I can't even hum on key. Q. What is your greatest achievement? A. That's not for me to say. Q. What’s your greatest flaw? A. I'm much too impatient. I live in a near-constant state of irritability, though my irritation is usually directed at myself more than at anyone else. Q. What’s your best quality? A. Again, I'm not qualified to say. Maybe my intense curiousity about everything around me - that, in my opinion, is the most important quality a writer can have. Q. If you could be any person or thing, who or what would it be? A. Truthfully, I'm envious of Baloo the Bear in Disney's Jungle Book. I always thought he had everything just where he wanted it to be. Q. What trait is most noticeable about you? A. I'd like to say it's my sparkling blue eyes, but more and more it's my age and weight. I'll never get anywhere based on looks. Q. Who is your favorite fictional hero? A. The Wart in T.H. White's The Once and Future King. Q. Who is your favorite fictional villain? A. Moriarty has no peer, at least in my opinion. Q. If you could meet any historical character, who would it be and what would you say to him or her? A. I'd like to know what Lee was really thinking prior to Pickett's Charge at Gettysburg. How could such a brilliant man make such a terrible decision? Q. What is your biggest pet peeve? A. Laziness. Mine or anybody's else's. I'm not real high on self-pity, either. Q. What is your favorite occupation, when you’re not writing? A. Playing tennis, eating Mexican food, and managing my fantasy baseball team. Q. What’s your fantasy profession? A. Rock star. Really. Q. What 3 personal qualities are most important to you? A. Integrity, energy, imagination. Q. If you could eat only one thing for the rest of your days, what would it be? A. Mexican food. Q. What are your 5 favorite songs? A. Too many to narrow down to five - it changes from day to day. I have over 2,000 CDs that span every musical genre. On Books and Writing Q. Who are your favorite authors? A. Gee, so many - in fiction, they are John Steinbeck, T.H. White, David Ebershoff and Robert Olen Butler. Nonfiction, I'd say Teddy White, Robert Caro, Iris Chang and Stephen Ambrose. Q. What are your 5 favorite books of all time? A. The Once and Future King by T.H. White, The Grapes of Wrath by John Steinbeck, The Right Stuff by Tom Wolfe, Little Big Man by Thomas Berger and The Path to Power by Robert Caro. Q. Is there a book you love to reread? A. The Once and Future King. There's so much wisdom in it. Q. Do you have one sentence of advice for new writers? A. Perseverance is just as important as talent. Q. What comment do you hear most often from your readers? A. "I never knew that before." Q. How did you come to write Go Down Together? A. Though I didn't realise it for a long time, all my books are about the way our society shapes its versions of history based on what we want to believe rather than what really happened. My plan was to write a book titled Along the Tall Tale Trail about iconic American people and places and the myths we have actively, if sometimes subconsciously, built up about them. I planned to use Bonnie and Clyde as one chapter, but the more I learned about them, the more I realized they needed to be the focus on an entire book. They really were the first celebrities created by electronic media - in a sense, Brangelina and Britney are their cultural heirs.