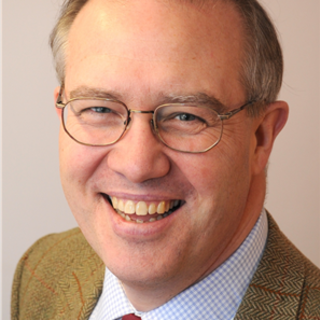 John is 52 and is married with two daughters. His interests include cycling, history and financial journalism. The fact that he had attended nine state/grammar schools by the age of 16 worried some prospective employers! However, he finished his sixth form studies at Queen’s College, Taunton. John studied Law, History and Politics at Cambridge and joined the Royal Regiment of Fusiliers in 1984. After Sandhurst he served in Berlin and Northern Ireland as a platoon commander, and then as a Captain with the United Nations in Cyprus, before finishing in Germany as the Battalion Operations Officer. On leaving the Army in 1988, John became a Fund Manager in the City, running multi-million pound portfolios for charities and private clients, and he was also a Director of Hendersons and then Rothschild Asset Management. He remains a member of the Securities Institute and, since leaving the City, has assisted charities and individuals in monitoring their fund managers. He also writes for the FT’s Investors Chronicle magazine, donating his fee to charity. John was the Conservative Parliamentary candidate in Basildon in 1997, but was beaten by 13,000 votes! He was elected as the Conservative MP for Billericay and District in 2001 with a 4.3% swing. He served on Parliament’s Education Select Committee and then became a Shadow Health Minister in 2002. However, he resigned from the Front Bench in 2003 in order to vote against the Iraq war. He was subsequently re-appointed as a Shadow Health Minister and his responsibilities included overseeing cancer services. In the 2005 election, John was re-elected with a 6% swing. In summer 2007, John moved from Health to join the Opposition Whips Office. In the 2010 General Election, John won the re-drawn seat of Basildon and Billericay with a 9.2% swing. He left the Whips Office and turned down a Cabinet Parliamentary Private Secretary position, preferring instead to stand for election for the Foreign Affairs Select Committee on which he now sits. Among his interests, John has campaigned to improve cancer services – he is Chairman of the All Party Parliamentary Group on Cancer – for greater Government recognition of our Nuclear Test Veterans, and for the lifting of the ban on NHS top-up payments, for which he was nominated a ‘Charity Champion’ in 2008. He has been a long-standing critic of British involvement in Afghanistan and, in the first ever vote on the issue in September 2010, was the only Conservative MP to vote against the Government’s continued policy. He was also the only Conservative MP to vote against the introduction of the no-fly zone over Libya. He has also been critical of the ever-closer political union within the EU, having voted against the Labour Government on the Nice and Lisbon treaties. Most recently, he has voted against his own Government on various EU issues, including increased funding for the EU and on the need for a Referendum. Following the clearance of the illegal Dale Farm traveller site, John continues to campaign on a range of issues connected with his constituency. He also campaigns in Parliament for civil liberties and freedom of speech, for smaller government, lower taxes to encourage economic growth and a tougher law and order policy.

The Future of Conservatism