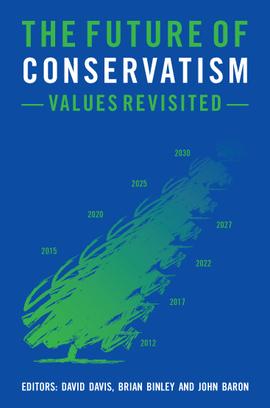 The Future of Conservatism Values Revisited

The last outright Conservative victory came under John Major in 1992. Whilst the coalition government is predominately Conservative, the party has had to compromise with the Liberal Democrats in order to govern.

To prepare for the future, there needs to be a longer-term Conservative vision for Britain. The twenty-first century is one of new instabilities and dangers: from the potentially harmful aspects of globalism to military and ideological challenges from nascent new powers.

The Future of Conservatism tackles this challenge head on. It presents radical policy suggestions from a wide range of MPs and political thinkers to present a contemporary blueprint for a Conservative Britain.