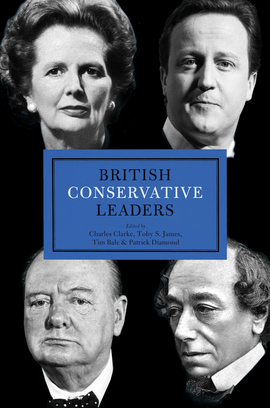 As the party that has won wars, reversed recessions and held prime ministerial power more times than any other, the Conservatives have played an undoubtedly crucial role in the shaping of contemporary British society. And yet, the leaders who have stood at its helm – from Sir Robert Peel to David Cameron, via Benjamin Disraeli, Winston Churchill and Margaret Thatcher – have steered the party vessel with enormously varying degrees of success.

With the widening of the franchise, revolutionary changes to social values and the growing ubiquity of the media, the requirements, techniques and goals of Conservative leadership since the party’s nineteenth-century factional breakaway have been forced to evolve almost beyond recognition – and not all its leaders have managed to keep up.

This comprehensive and enlightening book considers the attributes and achievements of each leader in the context of their respective time and diplomatic landscape, offering a compelling analytical framework by which they may be judged, detailed personal biographies from some of the country’s foremost political critics, and exclusive interviews with former leaders themselves.

An indispensable contribution to the study of party leadership, British Conservative Leaders is the essential guide to understanding British political history and governance through the prism of those who created it.

'This is a riveting book. It succeeds as a work of history – the best authors on their topic of expert knowledge. It succeeds in understanding the Conservative Party, its flexibility and understanding of power. And, most interestingly, it succeeds as a reflection on political leadership. Read this if your side has just lost an election and wants to win the next one. Read it if your side has just won an election and wants to avoid losing the next one. Read it if you don't have a side.'

'I found this book a fascinating read because it is such a distinctively political analysis of various Conservative leaders and concentrates on their political successes or failures as leaders of a party. This gives an intriguing insight into an essential element of any political leader’s career, which is usually only written about as background to the events of the ‘reign’. I found the analysis absorbing.'

'The essays in this book shine a sharp light on the nature and history of political leadership in the Conservative Party, and on how each leader has coped with the specific challenges facing them. This is an excellent, authoritative volume that can be warmly recommended for everyone with an interest in British politics.'

'Puts David Cameron's 2015 victory in context – and shows him to be among the greatest winners in the long history of the Conservative Party.'