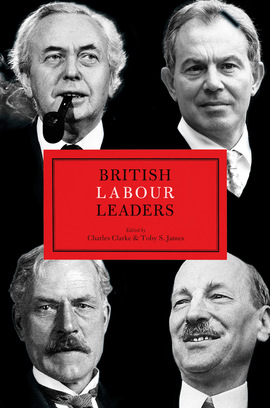 As the party that championed trade union rights, the creation of the NHS and the establishment of a national minimum wage, Labour has played an undoubtedly crucial role in the shaping of contemporary British society. And yet, the leaders who have stood at its helm - from Keir Hardie to Ed Miliband, via Ramsay MacDonald, Clement Attlee and Tony Blair - have steered the party vessel with enormously varying degrees of success.

With the widening of the franchise, revolutionary changes to social values and the growing ubiquity of the media, the requirements, techniques and goals of Labour leadership since the party's turn-of-the-twentieth-century inception have been forced to evolve almost beyond recognition - and not all its leaders have managed to keep up.

This comprehensive and enlightening book considers the attributes and achievements of each leader in the context of their respective time and diplomatic landscape, offering a compelling analytical framework by which they may be judged, detailed personal biographies from some of the country's foremost political critics, and exclusive interviews with former leaders themselves.

An indispensable contribution to the study of party leadership, British Labour Leaders is the essential guide to understanding British political history and governance through the prism of those who created it.

'This book is an invaluable guide to the qualities and vulnerabilities of previous leaders. Anyone interested in the dynamics of political leadership, and how it is exercised in a party that was created to challenge the very notion of deference, should read this important and absorbing book.'

'High-class biography and timely analysis reveal the essence of a successful and awed Labour Party leader.'

'The essays in this book shine a sharp light on the nature and history of political leadership in the Labour Party, and on how each leader has coped with the specific challenges facing them. This is an excellent, authoritative volume that can be warmly recommended for everyone with an interest in British politics.'