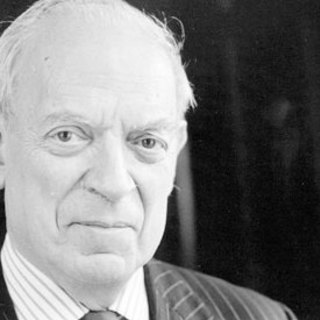 John Biffen occupied a number of positions in Margaret Thatcher’s governments. He died in 2007.

John Biffen, born in Somerset in 1930, rose from simple rural roots to become a distinguished politician. He served in Parliament for thirty-six years, occupying several positions in Margaret Thatcher’s governments, and is perhaps best known for his role as Leader of the House of Commons 1982–87. Biffen overcame numerous obstacles to sustain a successful career in politics.
Not only did he recover from clinical depression to make a widely celebrated return to the shadow Cabinet; he was also an effective Trade Minister for over a year, despite his fierce dislike of foreign travel. A great admirer of Margaret Thatcher, Lord Biffen was nonetheless staunch in his individual views. Many attacked him for his outspoken criticism while in government, amongst them Thatcher’s press secretary, Bernard Ingham, who most memorably called him ‘semi-detached’. Known for his gentle wit as well as his keen intelligence, Lord Biffen was one of the most popular politicians of recent history, despite serving in its most polarising government. He died in 2007.