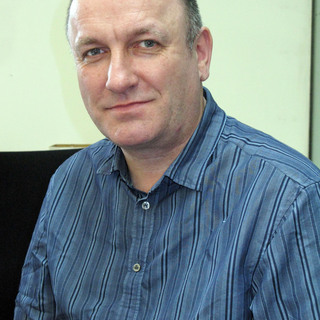 Kirk Blows is a successful journalist, editor and author within the fields of sport and music. He is the former editor of Hammers News – the official monthly magazine of West Ham United – and has been a weekly columnist on the club for the East London Advertiser for the past 11 years. He has written seven Hammers-related books, namely: • Terminator, The Authorised Julian Dicks Story (1996) • Fortune’s Always Hiding (1999) • The Essential History of West Ham United (2000+2002) • Claret & Blue Blood (2002+2004) • Hammers Heaven & Hell (2007) • Bring Me The Head of Trevor Brooking (2010) • There’s Only One Stevie Bacon (co-writer) (2012).

He has also edited magazines for Arsenal, Leeds United and Crystal Palace football clubs, produced various World Cup, European Championship and FA Cup specials and worked for the Daily Star, The Sportsman and Teletext. In recent years he has been a staff sportswriter for The London Paper and sports sub-editor for The Sun and is currently the chief sportswriter for the Bromley Times, Bexley Times and Dartford & Gravesend Reporter. Before moving into sport, Kirk was a rock music journalist, editing Metal Hammer magazine and contributing to a range of publications. He is also the author of Hammered: Heavy Tales from the Hard Rock Highway (2012).

1. The Dirt, by Motley Crue - arguably the sleaziest autobiography by a rock band ever.

2. Fear And Loathing In Las Vegas, by Hunter Thompson.

3. Heroes and Villains: The True Story of the Beach Boys, Stephen Gaines (1986) - an epic story of America’s greatest ever band, that exposes the dark side of the Californian dream.

There's Only One Stevie Bacon