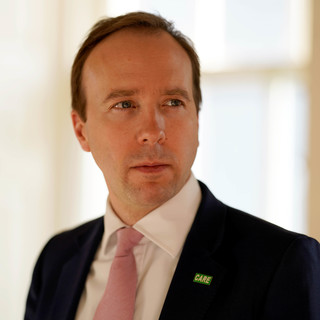 Matt Hancock is the Conservative MP for West Suffolk. From 2018 to 2021, he was the Secretary of State for Health and Social Care, during which time he led the UK government’s response to the pandemic. He served in government from 2012 in various roles including Minister for Skills, for Business and as Culture Secretary. When first appointed to attend Cabinet by David Cameron in 2014, he became the third youngest person to do so since the war, after Harold Wilson and William Hague. He holds degrees from Oxford and Cambridge Universities, and before entering politics he worked for his family’s computer software business and as an economist at the Bank of England. At Newmarket in 2012 he became the first sitting MP in a century to win a horse race, and in 2005 he broke the world record for the most northerly game of cricket before succumbing to frostbite. He retains all his fingers.

Pandemic Diaries
Masters of Nothing