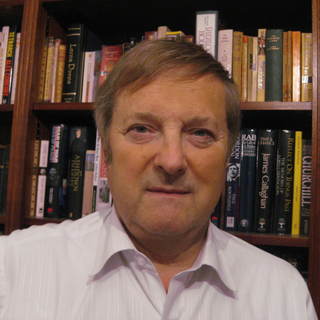 Nicholas Comfort has enjoyed a lifelong involvement with politics, having worked as a journalist on the Daily Telegraph and The Sun, been a special adviser to a cabinet minister and served as a government public relations consultant.

Nicholas Comfort has been reporting on the relationship between British government and industry, or actively engaged in the process, since the 1960s. He spent over 20 years in the Lobby at Westminster – mainly for the Daily Telegraph – written editorials for the Telegraph and the Sun, been political editor of the Independent on Sunday, the European and the Daily Record, covered politics and industry in Sheffield, the West Midlands and Scotland, monitored Britain’s place in the global economy from Washington and Brussels, been a consultant on Europe to the DTI and a special adviser to the Secretary of State for Scotland, advised the defence technology contractor Qinetiq on its relations with government, worked as a lobbyist for manufacturing industries and led a team media-training industrial managers.

He contributes obituaries to the Daily Telegraph, writes for Today’s Railways and is an experienced broadcaster. He lives in south London, which is convenient for his grandchildren and for the Bluebell Railway, where he is a volunteer. His other interests are music of most kinds, cricket – he is a life member of Essex – and football (he is a shareholder in Sheffield United).

1. Eastern Approaches by Fitzroy Maclean - the finest book yet from a man of action, covering Moscow under Stalin, the genesis of the SAS and life with Tito and the Partisans.

2. The Day of the Jackal by Frederick Forsyth - this faultlessly paced account of an almost-successful plot to assassinate General De Gaulle and the police’s efforts to foil it could be the greatest thriller ever written.