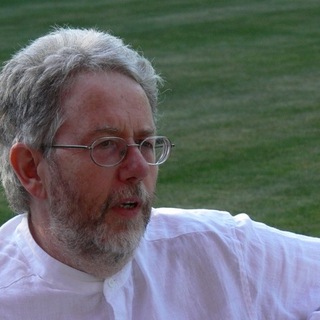 Patrick Humphries is the author of numerous musical biographies including the life stories of Bob Dylan, Nick Drake, Richard Thompson and Bruce Springsteen.

Patrick Humphries bid adieu to the Civil Service many moons ago, to concentrate on a full time career writing about rock & roll. He blames Lonnie Donegan, Bob Dylan and The Beatles for the rest. During the last century, Patrick was employed as a ‘hip young gunslinger’ by New Musical Express, and he has been writing about music ever since. Over the years he has contributed to Mojo, The Observer, Evening Standard, Daily Mail, The Times, Heat, Record Collector and many, many more. He also writes and presents documentary programmes for BBC Radio 2 and Radio 4. Among the books he has written were the first biographies of Nick Drake, Fairport Convention and Richard Thompson. He has also tackled Tom Waits, Dylan and Springsteen. A fondness for his wife and cats keeps him out of mischief and in penury. He really should get out more… Fsvourite books: 1. Moby Dick, by Herman Melville 'That head, upon which the upper sun now gleams, has moved amidst this world's foundation. Where unrecorded names and navies rust, and untold hopes and anchors rot… thou has been where bell or diver never went; hast slept by many a sailor's side, where sleepless mothers would give their lives to lay them down.' 2. Catch-22, by Joseph Heller 'He would be crazy to fly more missions and sane if he didn't, but if he was sane he had to fly them. If he flew them he was crazy and didn't have to; but if he didn't want to he was sane, and had to… 'That's some catch, that Catch-22' he observed…' 3. The Mating Season, by P.G. Wodehouse She is the sloppiest, mushiest, sentimentalist young Gawd-help-us who ever thought the stars were God's daisy chain and that every time a fairy hiccoughs a wee baby is born… Her favourite reading is Christopher Robin and Winnie the Pooh. I can perhaps best sum it up by saying that she is the ideal mate for Gussie Fink-Nottle.

Lonnie Donegan and the Birth of British Rock & Roll