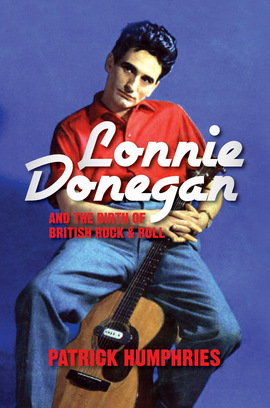 Lonnie Donegan and the Birth of British Rock & Roll

This timely book, the work of deep research and dedication, is the story of the man who arguably kick-started the British pop and rock scene and remains one of the most important and influential figures in British musical history. It is the first full-length biography of the skiffle king and godfather of British rock n roll. The book contains numerous revelations about Lonnie s extraordinary life and includes exclusive interviews with Mick Jagger, Mark Knopfler, Paul McCartney, Brian May, Tim Rice, Bruce Welch, Richard Thompson, Bill Wyman and the late George Melly and John Peel, plus many, many others. Patrick Humphries has also interviewed Lonnie s first wife and daughter, who were with him during the glory years of the 1950s, and a number of jazz musicians who worked with Lonnie before he broke through, and talk about him for the first time.

Probably the most detailed ever analysis of skiffle and the changes it brought about on the wider music front...