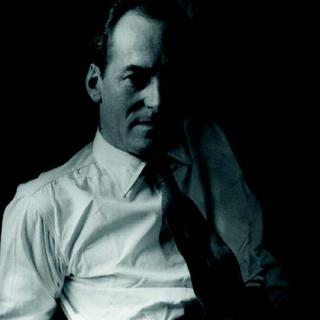 Robert Harling’s post-war career included twenty-eight years as editor of House & Garden magazine and almost forty as The Sunday Times’s celebrated typographic adviser. He was the author of some eighteen books of fiction and non-fiction. He died in 2008.

Robert Harling was born in Islington in 1910. He showed a precocious interest in the design of print and lettering, studying typography at the Central School of Arts and Crafts. In 1932, Harling joined Stuart’s advertising agency, before moving into magazine editing, with the first appearance of Typography in 1936.

Always a keen sailor, Harling joined the RNVR and helped evacuate British forces from Dunkirk in 1940. His close friendship with Ian Fleming began in 1939, when Fleming commissioned him to redesign the admiralty’s Weekly Intelligence Report, and later recruited him to ‘Fleming’s Secret Navy’, operating on the front line at the end of the war.

After the war, Harling published eighteen books – non-fiction, fiction and semiautobiographical – and returned to publishing typography magazines, finally becoming editor of House & Garden (1957–93). He was also the celebrated typographic advisor to the Sunday Times for almost forty years. Harling died in 2008.