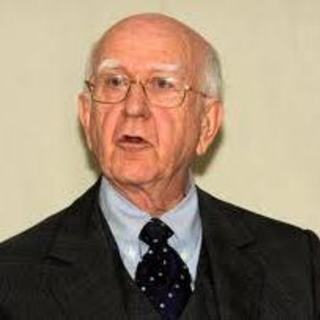 Sir Robert Worcester is the founder of MORI. He is Chancellor of the University of Kent, visiting Professor at the LSE and honorary professor at the universities of Kent and Warwick. He is co-author of Explaining Cameron's Coalition.

Sir Robert Worcester is the Founder of MORI (Market & Opinion Research International), London. He is past President of the World Association for Public Opinion Research (WAPOR). In 2005 he was appointed by Her Majesty the Queen a Knight Commander of the Most Excellent Order of the British Empire (KBE) in recognition of the 'outstanding services rendered to political, social and economic research and for contribution to government policy and programmes'. Sir Robert is Chancellor of the University of Kent. He is Visiting /Honorary Professor of Government at LSE, Warwick and Kent and a Governor of the LSE. He is also former Chairman of the Pilgrims Society; Deputy Chairman, Magna Carta Trust; Chairman of the Magna Carta 2015 800th Commemoration; Chairman, Medway Valley Countryside Partnership; President of the Institute of Business Ethics (IBE); Freeman of the City of London. Sir Robert is a Governor of the Ditchley Foundation, and is a former Member of the Fulbright Commission and Governor of the English-Speaking Union. He is a Vice President of Royal Society for Nature Conservation/Wildlife Trusts, of the Wildfowl & Wetlands Trust (WWT) (2009 - ), of the United Nations Association and of the European Atlantic Group. Sir Robert is a former Trustee of WWT (Wildfowl and Wetlands Trust) and WWF (UK). He is currently on Advisory Boards of Media Standards Trust (MST) and was on the Camelot Corporate Responsibility Advisory Board and National Consumer Council. He holds a number of honorary degrees and fellowships: Warwick, LLD (2012), King's College London, Fellow (2007); LSE, Honorary Fellow (2006); Kansas (2006); Richmond, LLD (2009); Kent, DCL (2006); Greenwich, LLD (2003); Middlesex, DU (2001); Bradford, DLit (2001); Buckingham, DS (1998). He is author/co-author, co-editor or editor of more than a dozen books and many articles in newspapers, magazines and in peer-reviewed professional journals. His current book, with Dr Roger Mortimore, Dr Paul Baines and Mark Gill, is Explaining Cameron’s Coalition (2010).