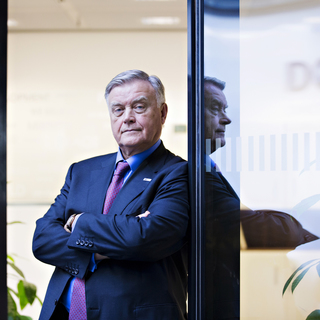 Vladimir Yakunin was born in 1948 and trained as a rocket engineer at the Leningrad Mechanical Institute. In 1985, he moved to New York, where he served in the Soviet Diplomatic Mission to the United Nations. He combined this with his work as an intelligence officer in the KGB’s First Directorate.

After the end of the Soviet Union, Vladimir Yakunin worked as part of the President’s administrative apparatus and then as a deputy minister in the Transport and Railway ministries. In 2005, he was appointed CEO of Russian Railways, a state-owned company responsible for over 85,000 kilometres of track and more than a million workers. He held this position until 2015, when he stepped down.

Vladimir Yakunin has been awarded the Legion d’Honneur and major state honours from seven European countries. In 2014, he was placed on the US Treasury Department’s sanctions list. Today he combines his role as chairman of the Dialogue of Civilizations, an NGO dedicated to promoting intercultural dialogue, with his post as chair of political science at Lomonosov Moscow State University and visiting professorships at Peking University and Stockholm School of Economics.